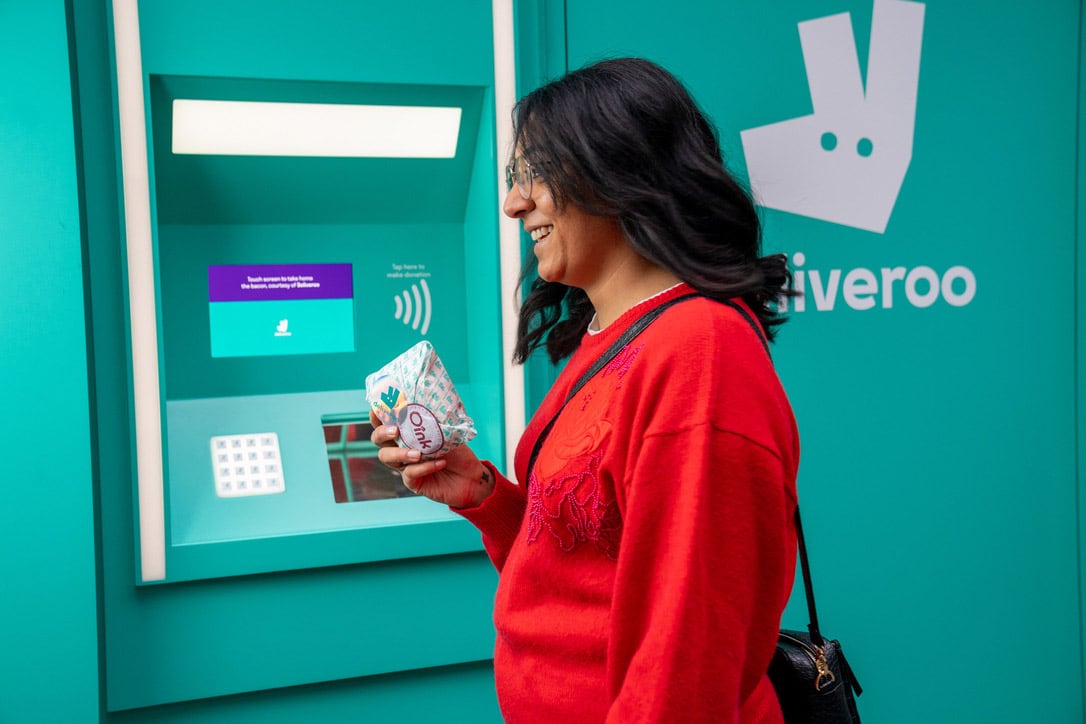 The unfortunately named "Deliveroo Rashpoint" (we tried to tell them) was a bacon butty dispensing hole-in-the-wall installation, built as a short publicity stunt to feed hungry commuters in London.

After Kerve devised the concept, having previously done something similar for Krispy Kreme, Deliveroo took over a recently emptied London cafe for a few days, set up bacon butty production in the kitchen, and converted the store front into an elaborate hole-in-the-wall dispenser.

I built the front end interface that people used to place their orders, as well as a Node.js back end with real-time socket communication. This allowed the front end to link with a contactless payment system, and deliver internal messaging to workers inside the store. 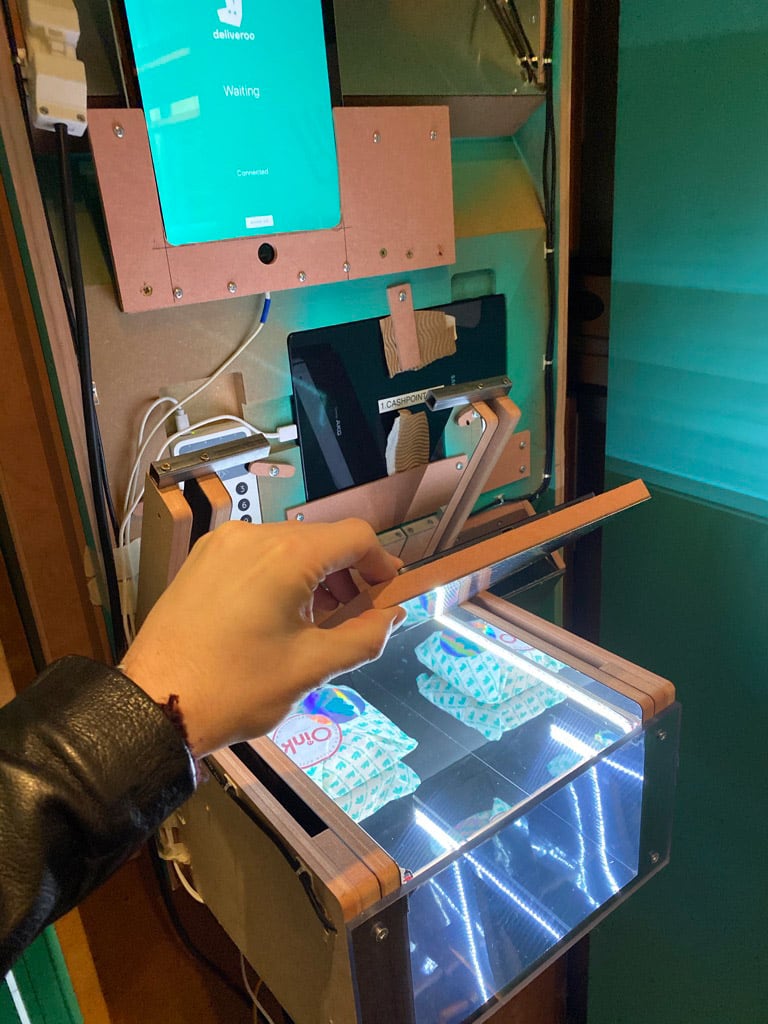 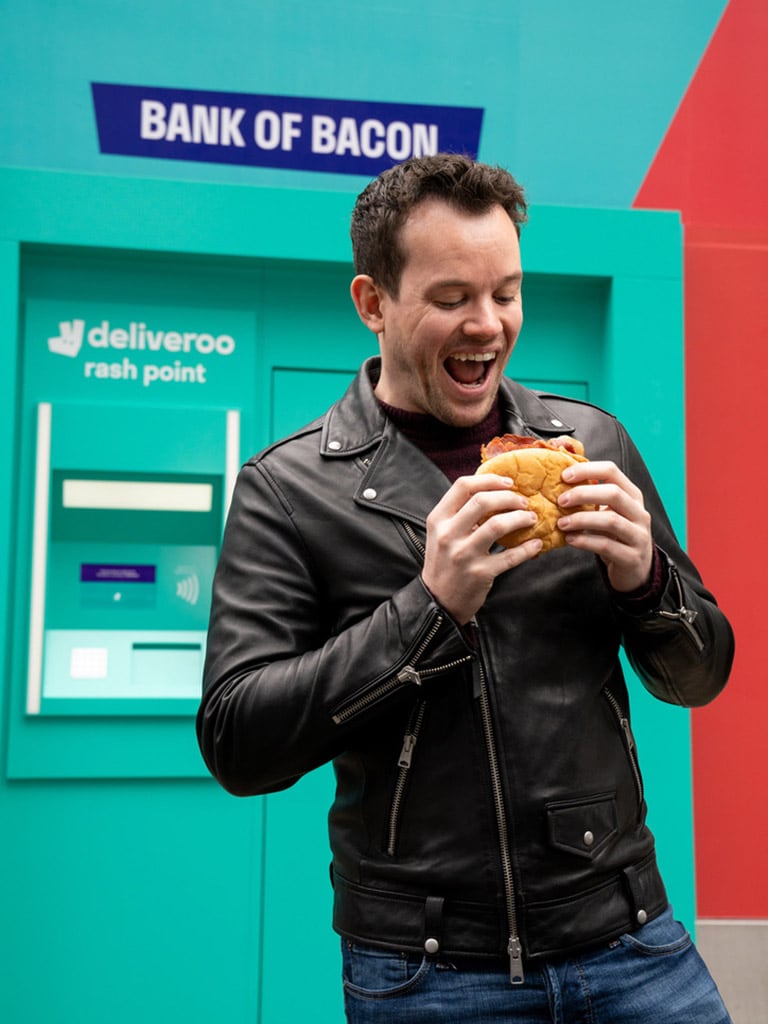