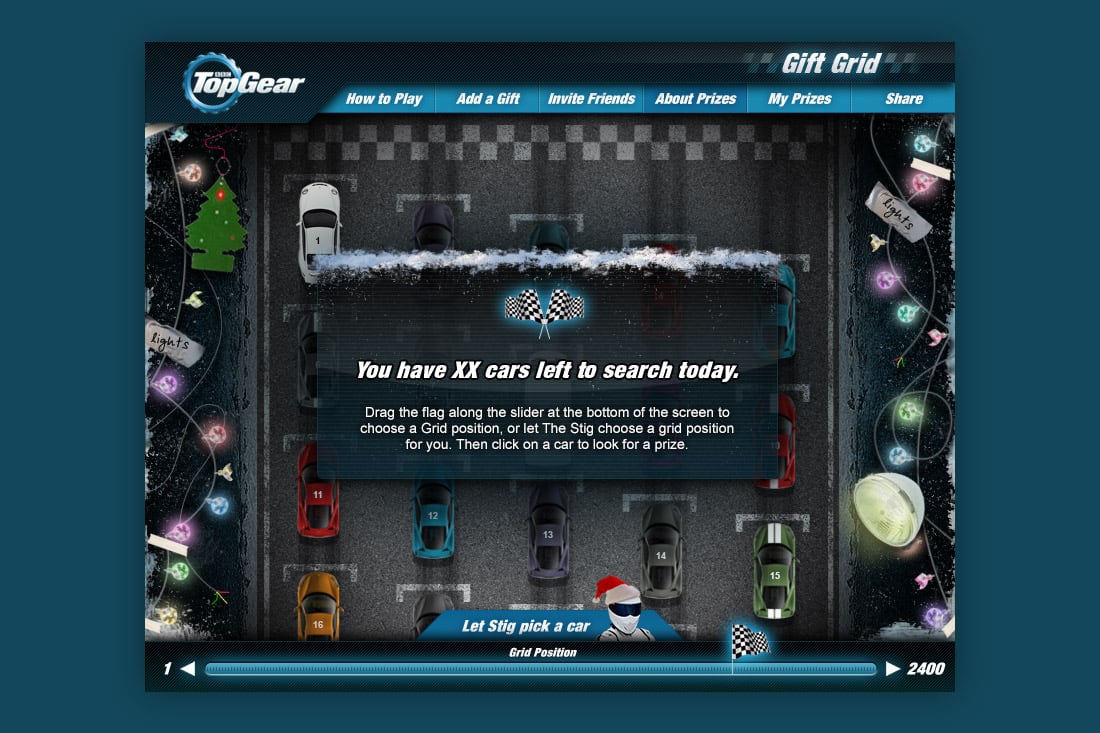 Towards the end of 2012, Kerve was approached by the BBC to design and build 2 Christmas prize giveaway games for some of their hottest properties - Top Gear and Doctor Who. Collectively, we devised a game mechanic that could work for both, and encourage sharing via social media at the same time. I was then put in charge of building the Top Gear Gift Grid game in HTML. The game incorporated animations, audio and the use of a custom API that we built in house, which would become the future foundation of many of our projects going forwards.

As well as continuing to improve upon my ever-growing web programming skillset, I also learnt what was necessary to build a high-traffic website that had to work quickly and efficiently for a huge number of people - the competition was promoted to over 12 million Top Gear email subscribers, so had to work perfectly straight out of the box. I quickly learnt that, at Kerve, there are no soft launches!

The competition was a big success, played by thousands of people, and our "invite a friend to double your chances" sharing mechanism proved successful in encouraging social media activity. And, most importantly, the microsite paved the way for many of the apps and competitions that we build to this very day. 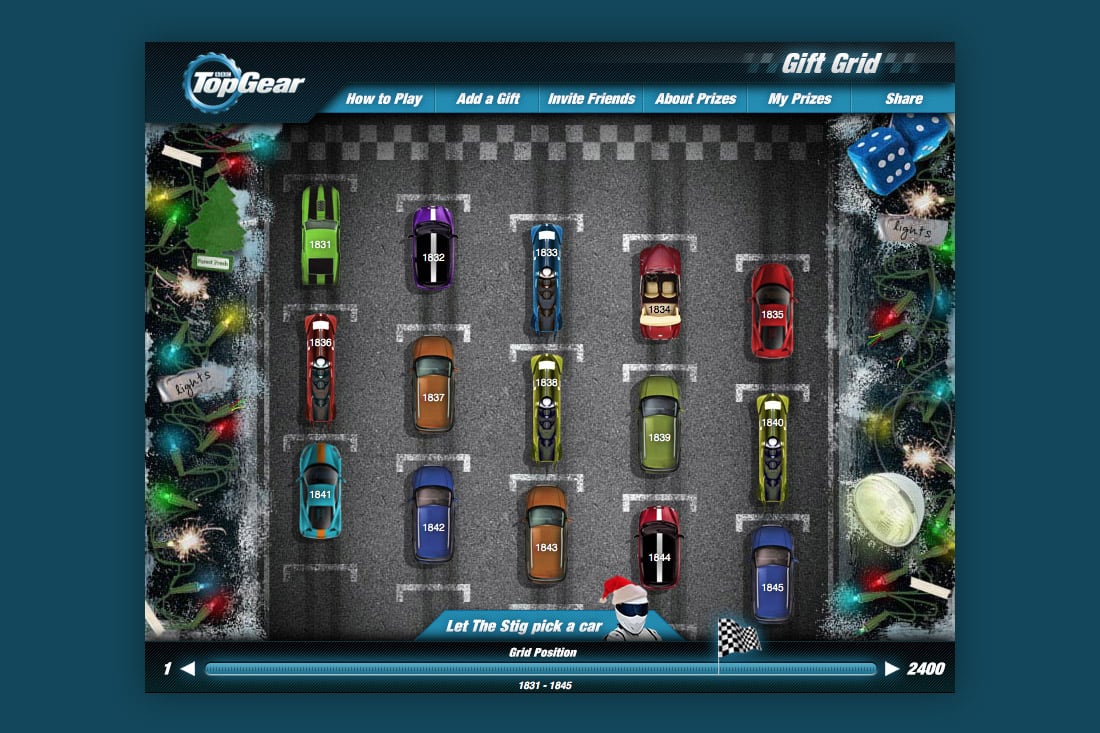 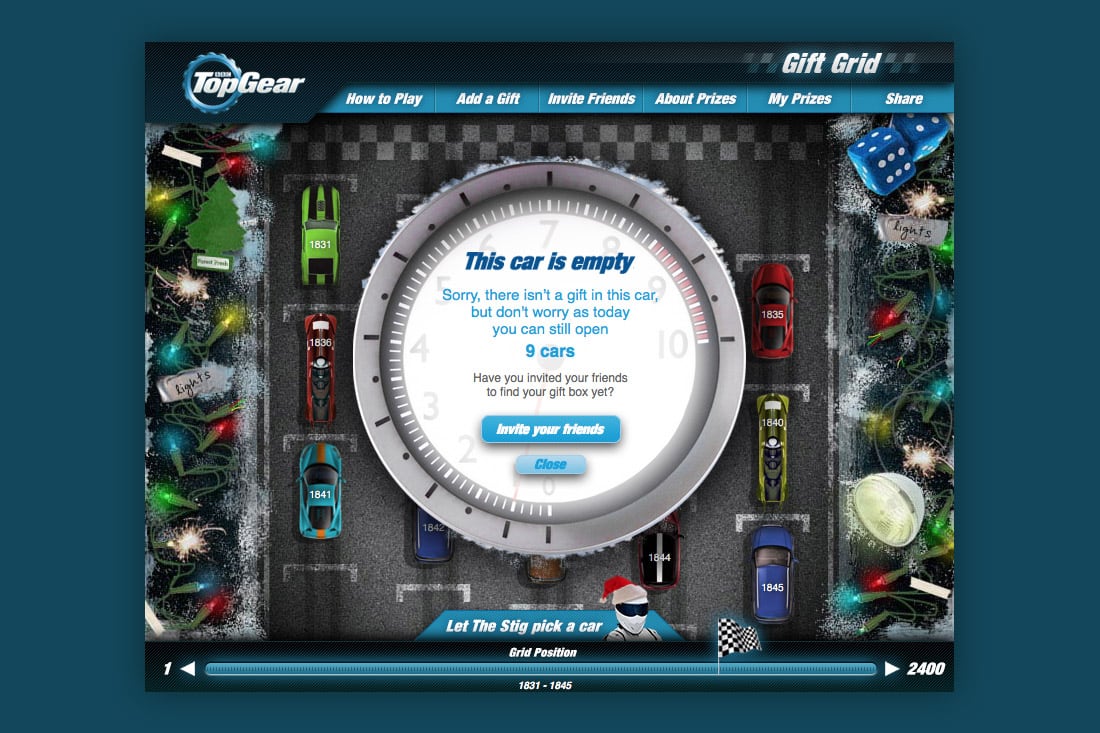