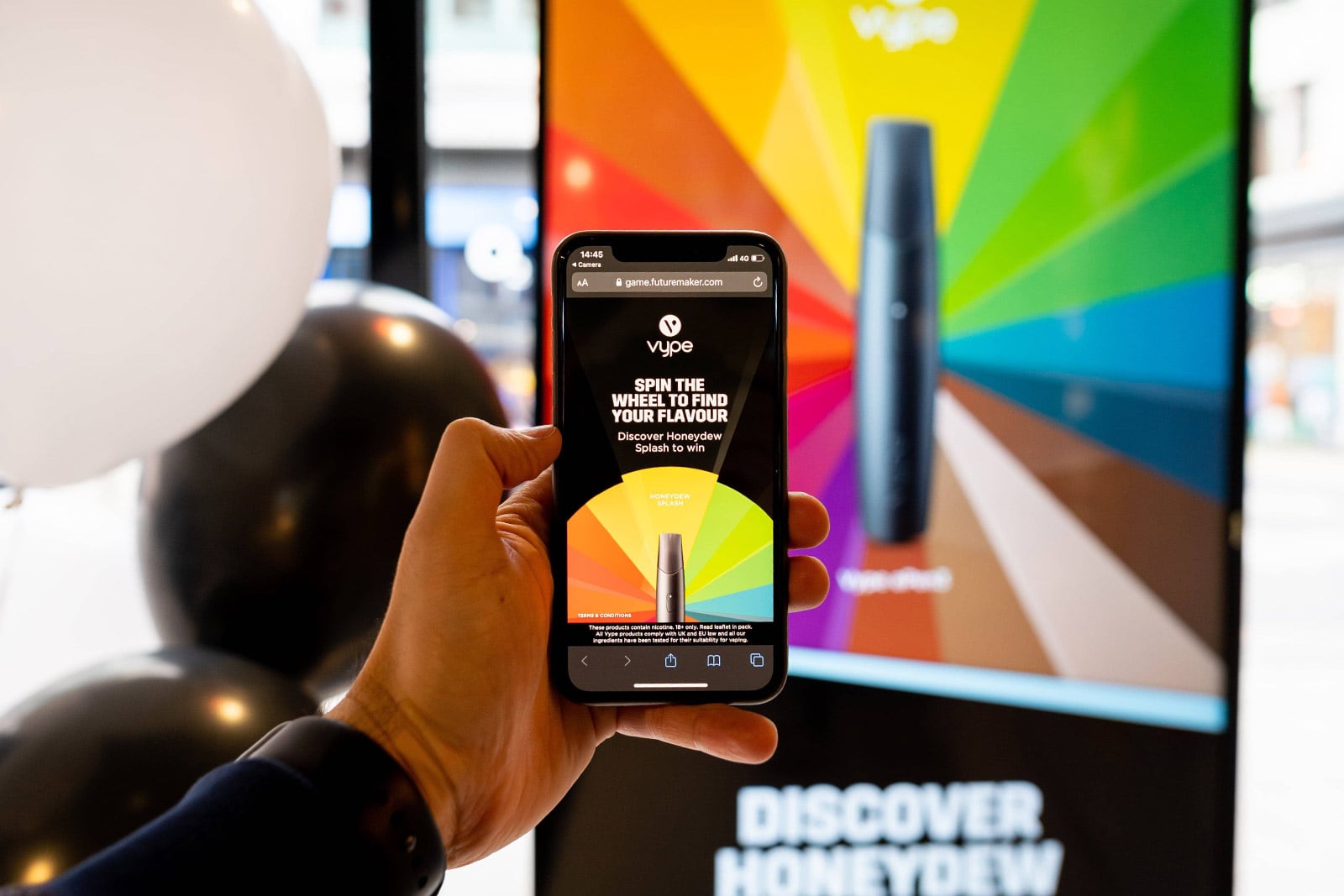 You’d be hard-pressed to find a more depressing commentary on the state of humanity than a brief to create in-store Instagrammable content for a chain of vape shops owned by a multinational tobacco company, but apparently that’s the world we live in now. Might as well make the most of it, right?

As part of a suite of interactive touchpoints for Vype’s new stores, I built a mobile spin-to-win game. A uniquely generated QR code is shown on a TV screen alongside animated visuals, and users can scan this code with their phones to play.

The phone then connects in real-time to the TV screen, which allows users to spin the on-TV wheel for a chance to win prizes.

I completed all front end work on the Spin to Win mobile game and corresponding TV interface (both using React) and built a Node.js socket server for real-time communication between the two.

In addition I also orchestrated a method for syncing images and video across multiple screens to create the appearance of one giant screen, again using a Node.js socket server. 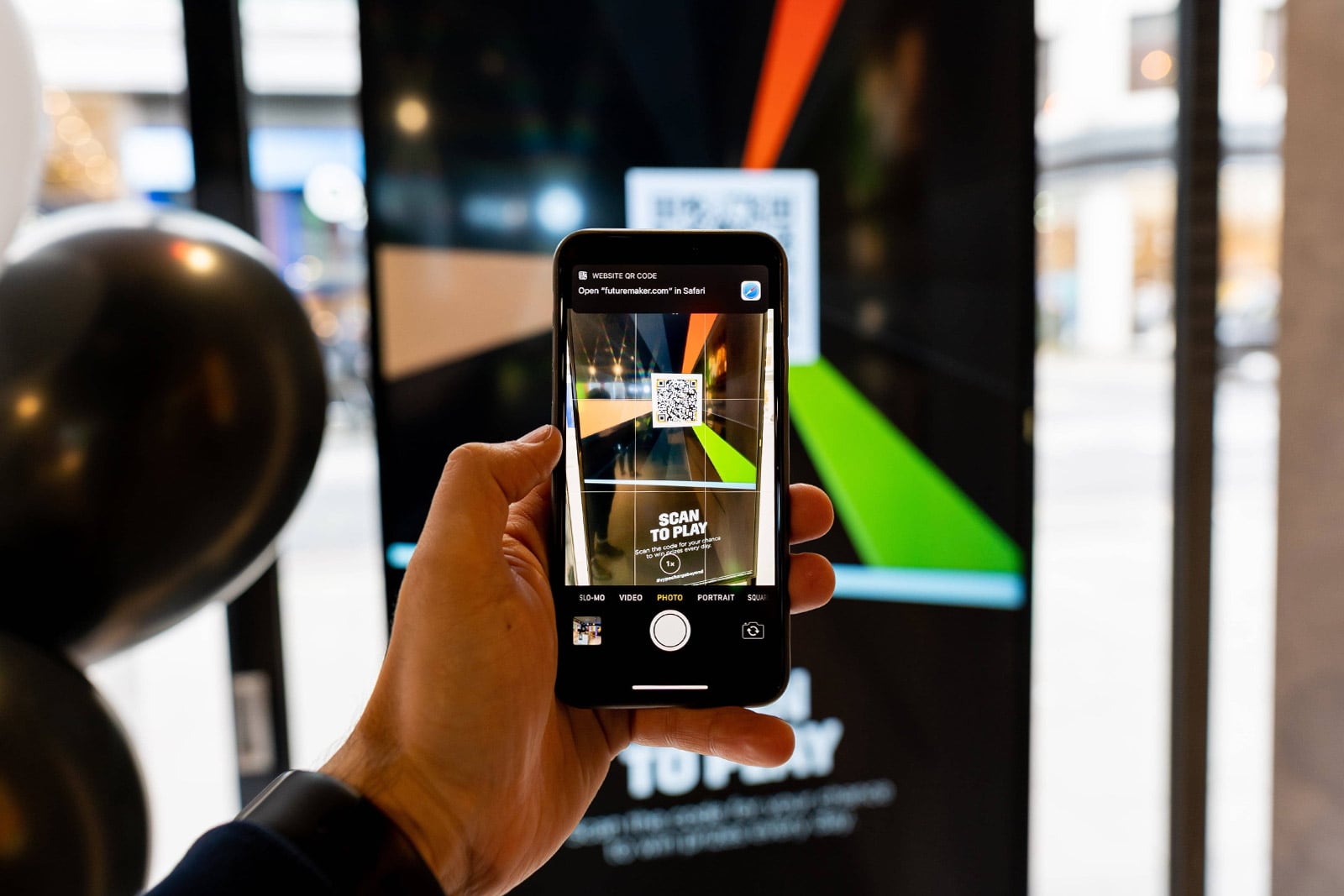 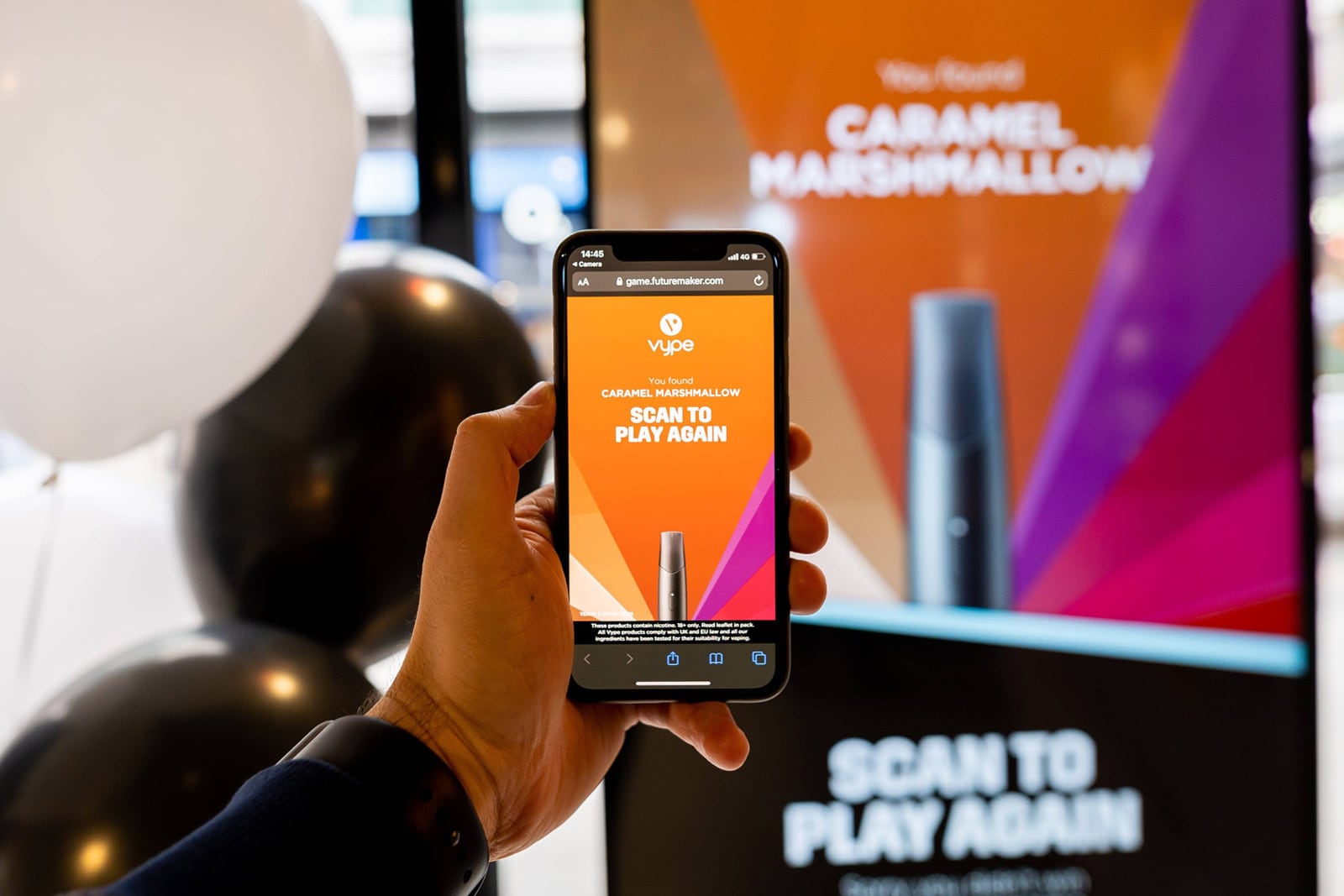 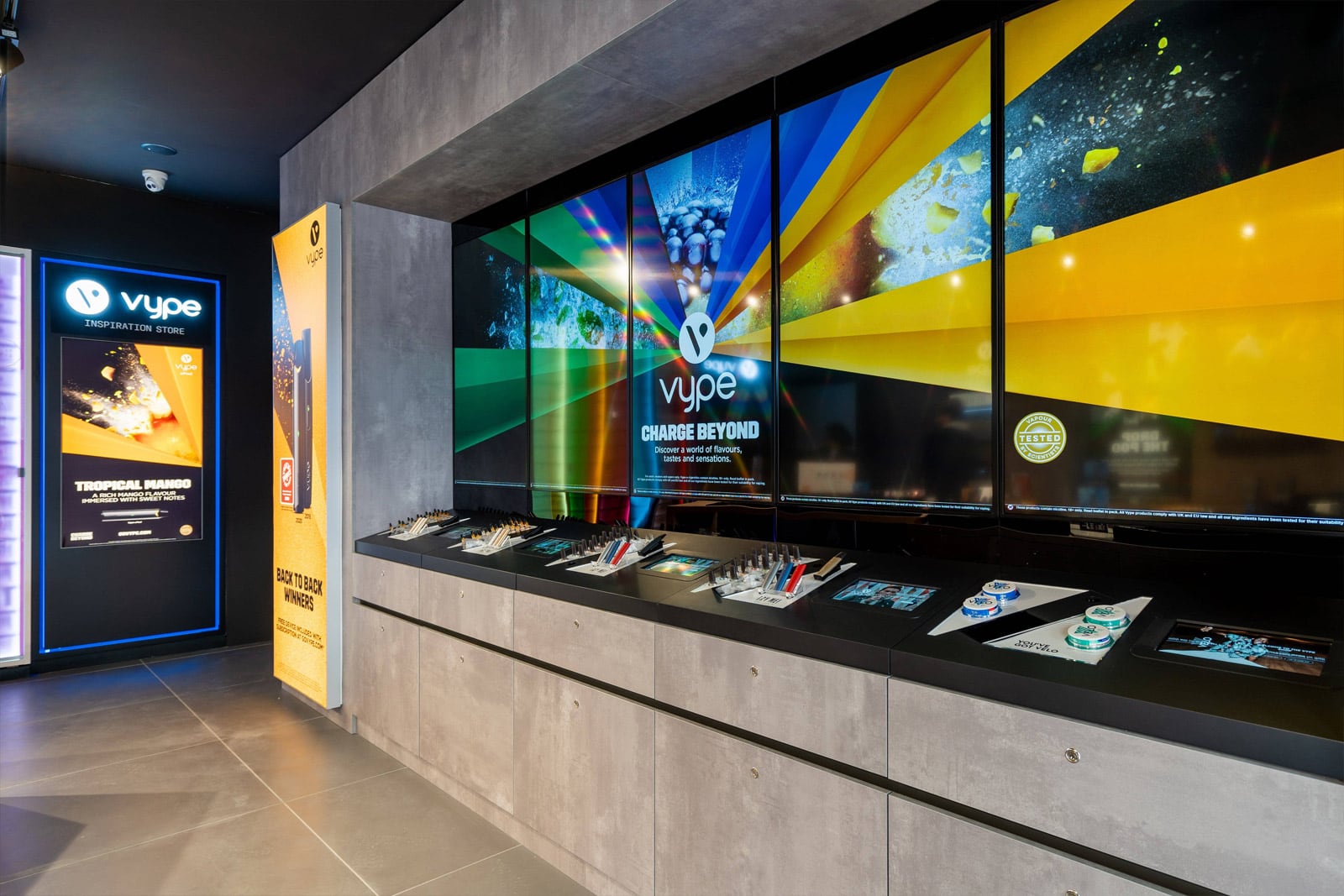 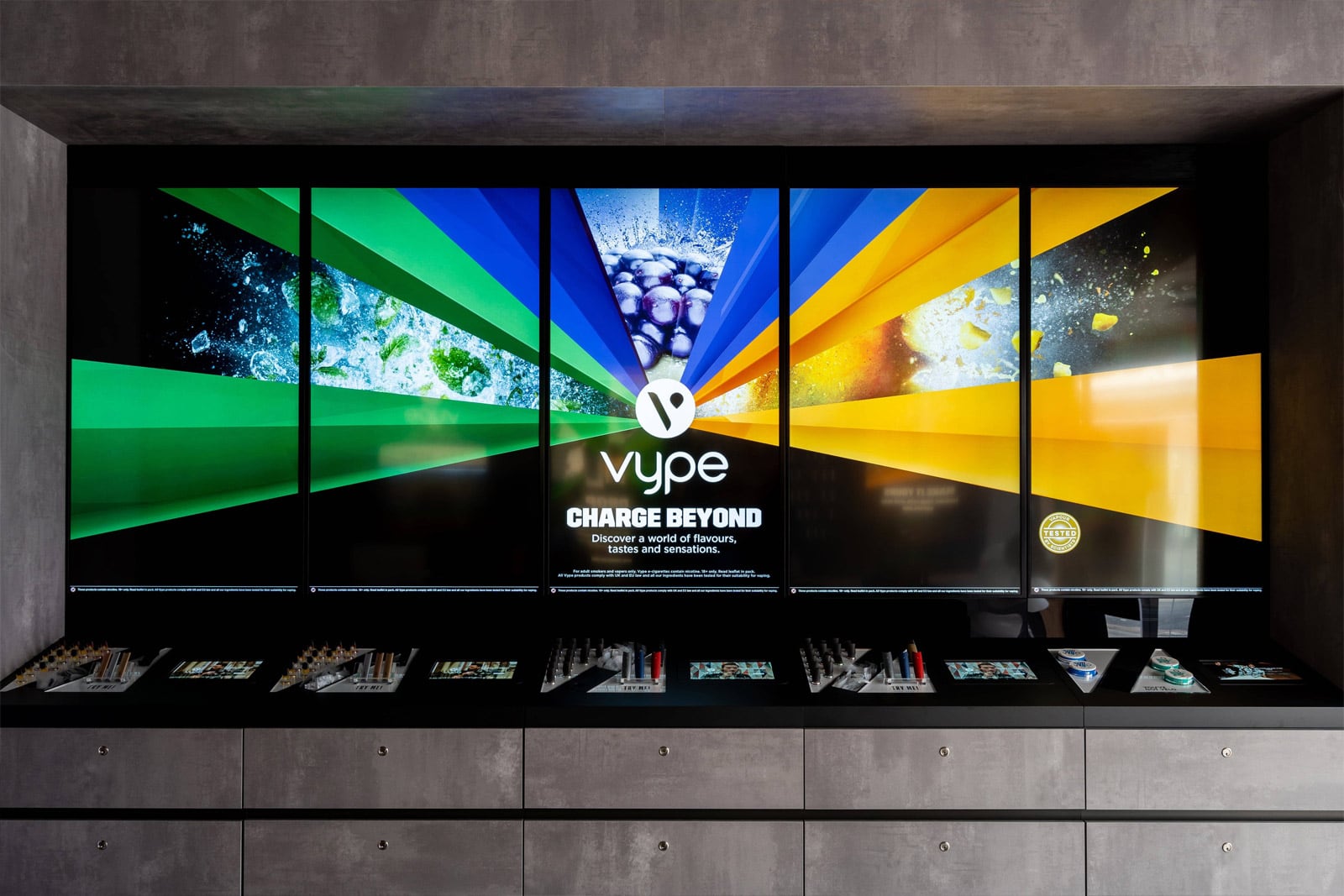