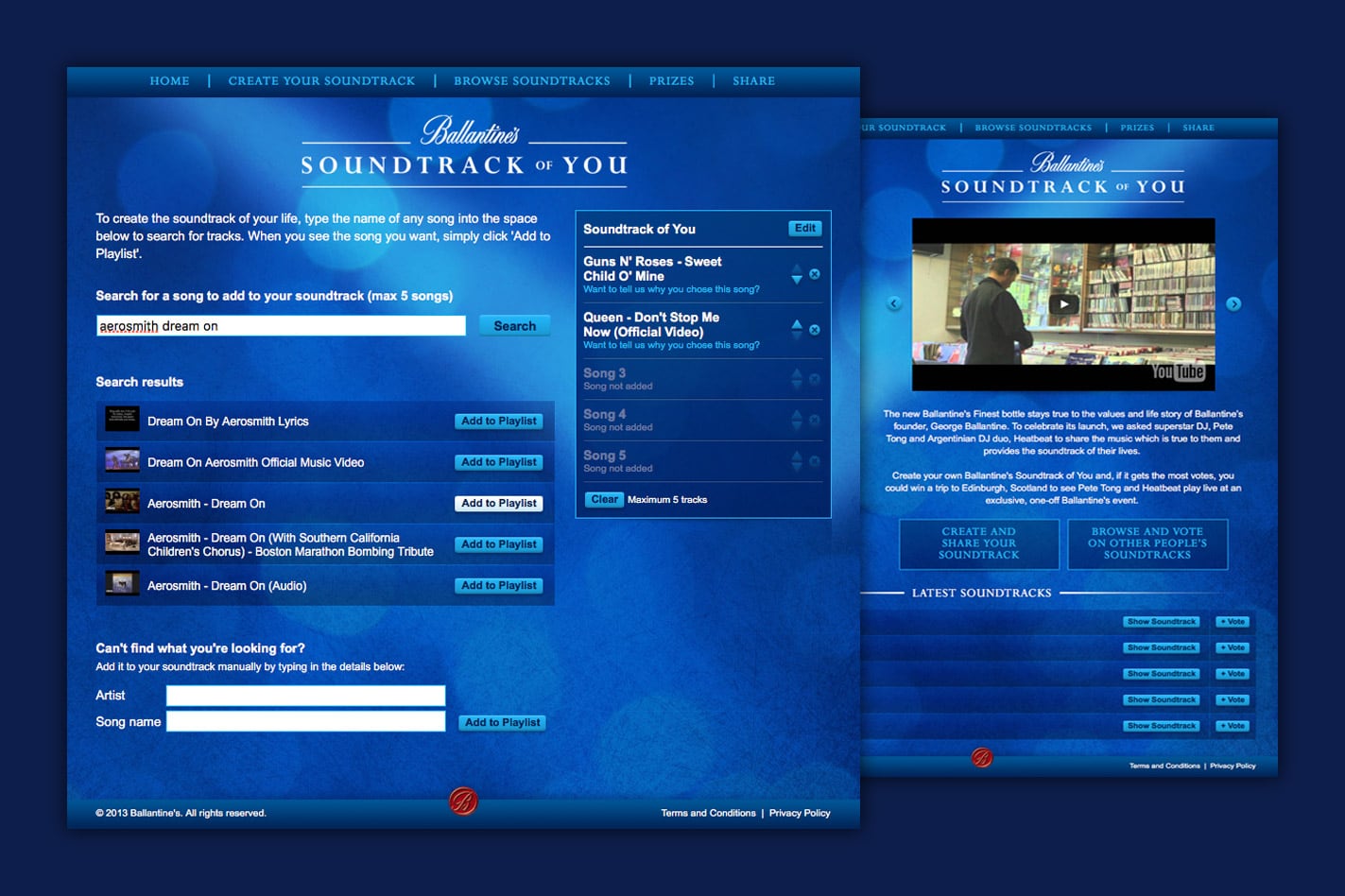 Ballantine’s Soundtrack of You

The Ballantine’s "Soundtrack of You" microsite was built to promote the new Ballantine’s Whisky bottle, a timeless design created to stay true to their brand heritage. To celebrate, DJ’s Pete Tong and duo Heatbeat were brought in to play an exclusive Ballantine’s event, playing the music that’s true to them and provides the soundtrack of their lives.

A competition was then launched, offering users the option to create their own soundtrack of their lives for the chance to win tickets to the event, and our microsite provided the platform for this. Working as both a standalone microsite and within Ballantine’s Facebook page, the site allowed users to search for songs using YouTube’s search API, and create and submit their 5-track playlists for a chance to win.

I completed all front end development on the site, learning a great deal about the YouTube search and player API’s along the way. It was also an introduction to a darker side of the web, as an integral voting mechanism required us to implement safeguards to prevent hacking and abuse of the system, which we successfully achieved with a series of behind-the-scenes safeguards.