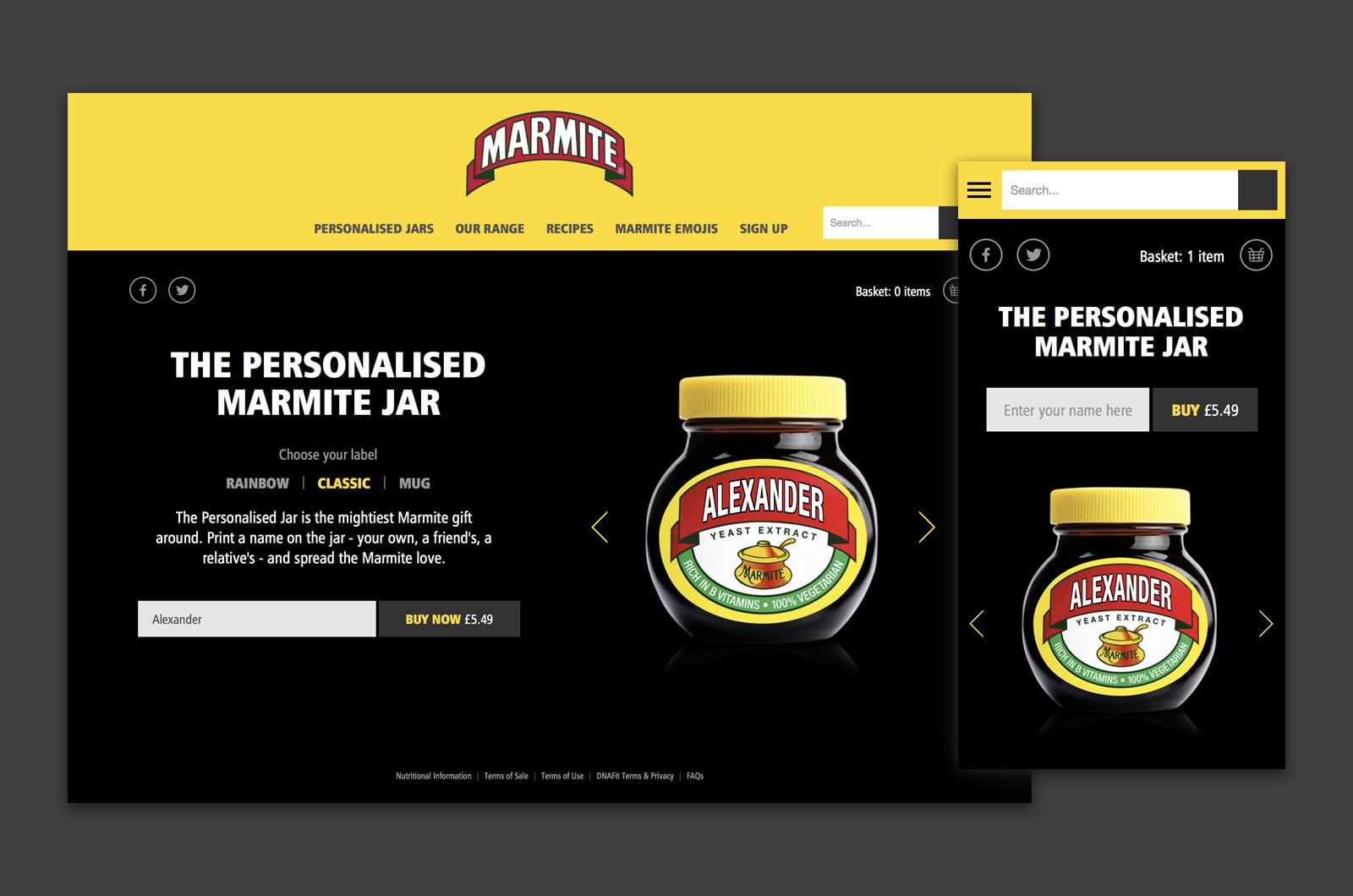 Love it. Hate it. Personalise it. In 2015, Kerve was approached to build an online personalisation tool for Marmite, where customers could buy their own personalised jar.

My first challenge was to build a way for users to visualise their personalised label, using a few nifty tricks and a lot of maths to skew the bespoke typography into shape.

Visualisation tools aside, my involvement was initially fairly limited. Following the campaign’s runaway success, however, the project has since evolved and grown, and quickly fell under my wing to build upon and extend. Seasonal promotions have offered limited edition Christmas, Valentine’s Day, Mother’s Day and Father’s Day jars, and you can now share your personalised design on social media, which involved a little behind-the-scenes HTML canvas magic.

Given the short-lived nature of many of the campaigns I work on, it’s been good to see something last a little longer in the rapidly moving modern marketplace. 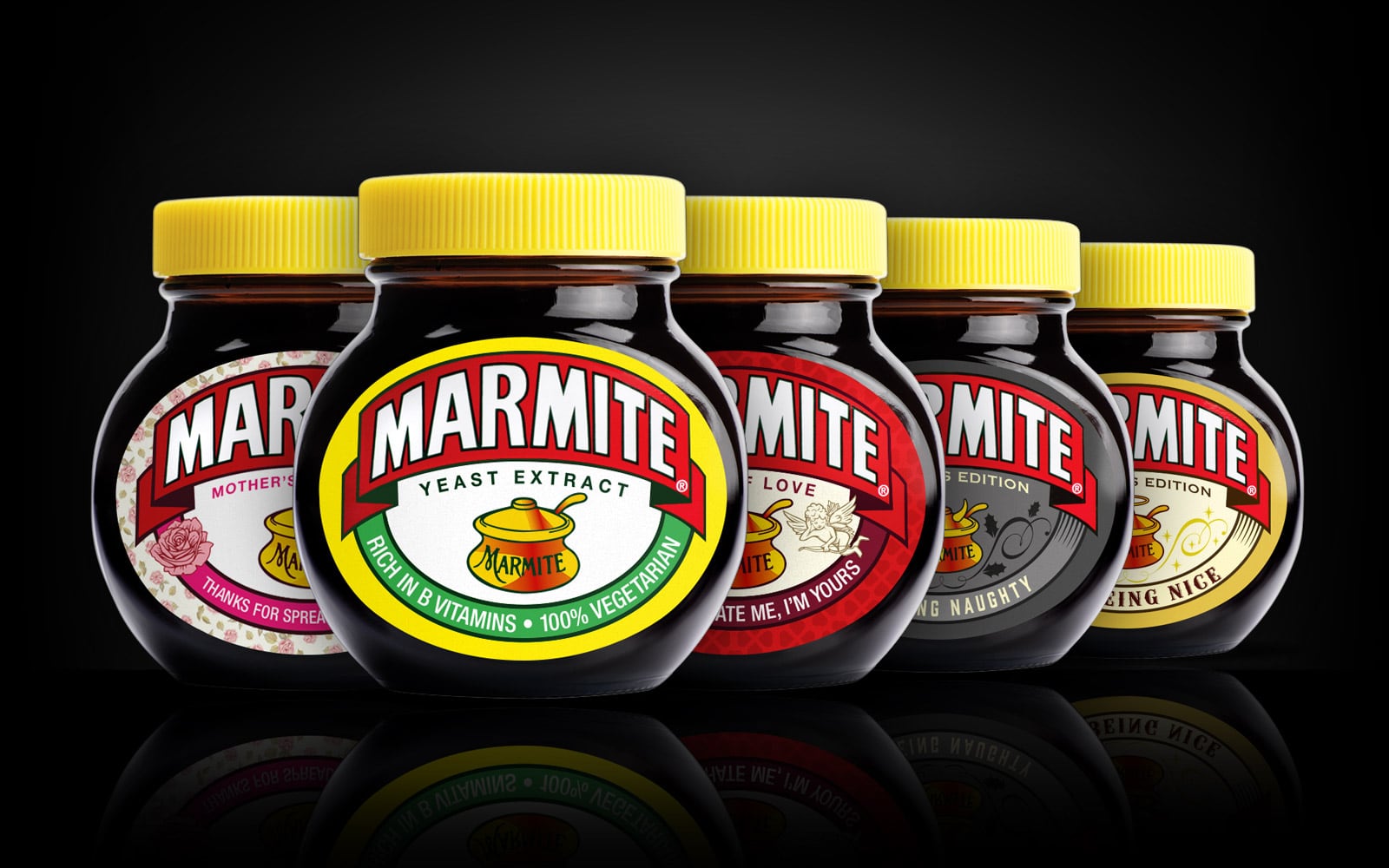